Peace researchers join because AFPREA is the largest and most established global professional organisation in the field of peace research, a field that is addressed from a wide range of interdisciplinary and multi-disciplinary perspectives.

The AFPREA Statute in its Article 6 states that: “AFPREA shall be composed of three classes of members: individual scholars, scientific institutions and scientific associations, able to accept membership of the Association. AFPREA may also have contribution members. Applications will be considered by the Executive Committee.”

Membership in AFPREA offers online and offline opportunities for building strong collaborative and supportive networks among those who are making contributions to the ever growing field of peace research around the world.

AFPREA members promote and defend the interests of the professional community of peace researchers all over the world in terms of freedom of academic thought and expression, and career development.

AFPREA holds an international conference every two years; it has held 25 conferences in different parts of the world since its foundation in 1964 with the 25th one  held in Istanbul Turkey in August 2014, The last three AFPREA conferences were held in Japan, Australia and Belgium in 2008, 2010 and 2012, respectively. The next AFPREA Conference(the 26th) will be held in Freetown, Sierra Leone between November 28 and December 1 2016. 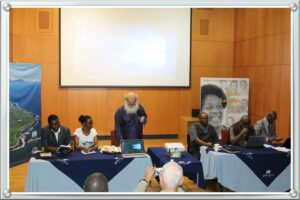